Do you find English pronunciation a challenge?  Do you look at words and wonder how all of those letters can possibly make that sound?  You are not alone! This image shows just a part of the poem, which is very long and is famous because it uses so many examples of words which sound nothing like their spellings (such as "Cholmondeley" /ʧʌmliː/), or those spellings which can be pronounced in multiple different ways (such as "tier", which can be pronounced as /‘taɪə/ or /tɪə/ depending on the meaning) as well as those many words with different spellings that all sound the same ("pores, pause, pours and paws" - which all say /pɔːz /). So why is English pronunciation so difficult? Unfortunately for English language learners, English is derived from many other languages. If you look in a dictionary, it will usually tell you the origin of the word and you will see that our language has its roots in German, French, Latin, Greek, Gaelic, Arabic, Hindi, Norse - the list goes on and on!  To add to the confusion, the more exposure we have to other cultures, the more of those languages creep into common usage in English, so the language is constantly evolving. This image shows the origins of the English language: 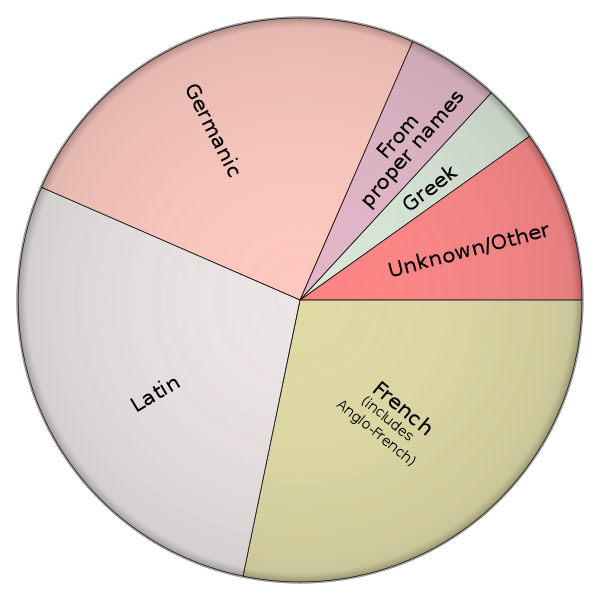 Why has English been so heavily influenced by other languages?  Well, as you may know, Britain has faced many different (linguistic) invasions over the centuries.  The Celtic people of pre-history left their mark, in words of Celtic and Gaelic origin.  Then came the Romans with Latin and words of Greek origin.  The Anglo-Saxons followed hot on the heels of the departing Romans, with their Germanic languages and then the Vikings arrived, who spoke Norse.  These people gave us what is now known as "Old English".  The Normans came from France in 1066 and French (derived from Latin) became the language of the ruling classes for the next few hundred years, though the common people still used Old English - now with French words creeping in.  Gradually, the English that we speak today was evolving.

As the British Empire expanded around the world, people picked up different words from the countries they went to - one such example is India and words that come to us from Hindi.  On their return to Britain, they brought their expanded vocabulary with them and the words they were using filtered down into common usage.

Nowadays, people from different countries come to Britain to settle and integrate into our society, bringing their own languages with them. Once again, the words that they use are assimilated into the local language.

The final lines of "The Chaos" sum English pronunciation up quite well:

Finally, which rhymes with enough,

Hiccough has the sound of sup.

My advice is: GIVE IT UP!

So should you "Give it up" as Gerard Nolst Trenité suggests?  Of course not!

If you take regular English lessons and practice speaking English at every opportunity, your pronunciation WILL improve.  Listen to English being spoken - you can watch films, listen to the news or watch videos online and you will find that it all becomes much easier.

Finally, if you would like to hear the full version of "The Chaos" being read aloud, you can find me reading it here.

If you would like to practice your English with me, don't forget that you can sign up for a free trial and if you're already a member of Fern's English, why not log in to arrange another lesson?